Skip to content
Life Happens MM017: How We Cut the Cord Without Losing Our Sanity

Almost exactly a year ago, we cut the cord and ditched our cable. Along the way, we learned a few things that might be helpful to you as you consider cutting the cord. The fact is, nobody needs a 200-channel cable package; you’re just paying for extra channels that you’re never going to watch. So, why not streamline your budget and only pay for the TV that you actually watch. Come join the groundswell of cord cutters that are challenging the status quo and getting the same series, sports and movies they were used to, but for only a fraction of what they were paying to the cable company. This episode talks about how to do it.

IN THIS WEEK’S EPISODE

How we cut the cord without losing your sanity

For us, having a way to unwind after a long day or week of work, parenting and side hustles, we look forward to sitting down and catching the latest episodes of our favorite series, watching a movie or cheering our Minnesota sports teams.

Many of you may be the same way.

In fact, when it comes to our collective monthly budgets, the cable bill is probably a staple, bordering on one of those utility bills that are a necessary evil (like the gas or electric bill). The fact is, though, with the rise of streaming services, the traditional cable bill is becoming a thing of the past.

Why we cut the cord

Almost exactly a year ago, we cut the cord and ditched our cable. We substituted it with a streaming service that we’ll talk more about shortly. When we made the switch, we kept the high-speed internet service from our cable provider, which is around $55, but jettisoned the cable portion of our bill, which was on a promo rate for an additional $76 per month with all the equipment rental like DVR boxes and extra government telecom fees and taxes added in. When the promo rate was set to expire in a couple months, the full rate was going to be $96 for just the cable portion.

So, for those of you keeping score, we dropped the amount we paid the cable company from $131 down to $55.

But, that then left us without access to our favorite shows, movies and sports, so we needed to find a solution.

We looked at several options that were on the market last year, and made our decision based on a small, but vitally important list of must-have features. I’d encourage you to complete a similar list so you can truly compare apples to apples.

Our streaming solution needed to:

With that relatively short—but critical—list of requirements, we looked at three options that were on the market.

I can’t remember our the specifics around the decision, but at the time, PlayStation Vue offered a basic package for $29.99 that included ALMOST all of our required channels and shows, and hit all of our requirements. The only sacrifice was that History Channel wasn’t available, which was a small bummer, but considering it meant dropping our cable portion of our bill from $76—soon to be $96—down to $30, that was a totally acceptable sacrifice. If wanted to get a more inclusive sports package, we could jump one tier up for $5 more a month, but opted against it.

We also didn’t get live local programming for ABC and NBC, those channels only offered on-demand content, so that was a small bummer. Recently, those channels switched over to live channels, so that issue is resolved, but we’ve also now seen our monthly bill jump up to $39.99.

While other streaming solutions were—and still are—available, like Netflix, Amazon Prime Video, HBO Now, they didn’t meet the requirement of live TV, so I’d look at those ways to augment a cord cutting solution. If live TV and/or local channels are must-haves for you, these options won’t cut the mustard.

I looked back at DirecTV Now and Sling, along with Hulu, which recently updated their live TV offering.

It proved to be a worthwhile exercise. In the year since I first started looking at these options, DirecTV NOW, which is celebrating its first birthday has matured their offering and looks like it provides a few additional extra perks and channels that make it more attractive than PS Vue, and it’s $5/mo less. On top of that, we’re not big HBO or Starz people, but if you wanted to add those channels, it’s only $5 more, versus $15 on PS Vue. Plus, with a bit of digging on their site, it looks like they’ll give new subscribers a free Roku Streaming Stick, which we could benefit from.

I’ve also heard of people opting for an antenna to catch over-the-air channels at no charge (that’s totally cutting the cord). I didn’t see enough value for the channels that we’d lose to go that route, but if it works for you, all the more power to you!

Okay, great that solved the content issue, but we still missed the creature comforts a remote control offered to quickly fast forward through commercials like the DVR we were used to. We also needed a way to stream the content on our TVs.

In case you’re wondering, no, you do not need a PlayStation to use Playstation Vue. If you have a PlayStation, you can use that to stream Vue, but it’s not a requirement.

What is a Roku and do I need one to cut the cord?

Enter: the Roku Streaming Stick. This $50 beauty turned any of our TVs into “smart TVs” that we could use to connect to the PlayStation Vue app. It also has thousands of other apps that you can access. So, if you opted for another streaming service, you could access these through Roku as well.

The Roku just plugs into one of the HDMI ports on your TV and then pairs with a cute little dedicated remote that you can use to control and access the content.

One thing you should know about the Roku is that you need one for every TV that you want to connect, so if you have four TVs, be prepared to drop $200 on equipment. But, remember that this is a one-time cost, and this means you don’t have to rent cable or DVR boxes at $8 per month for each of those four TVs, so you quickly recoup the cost.

How to cut the cord on your mobile phone plan

Cutting the cord doesn’t need to stick to the cable bill. I’d also suggest you to challenge your cell phone bill, too.

We did that recently and have been largely pleased with the results. If you can be efficient with your data use, and if you track how much data you ACTUALLY use each month (which you can usually track through your mobile carrier’s website or on your actual device), you might be surprised at how little data you use.

See, when you’re connected to WiFi at your house, work or the dentist’s office, that data use doesn’t count toward your data limits. This means that as long as you’re not streaming videos on the train riding into work, you could probably get by with a data-limited plan from a non-contract carrier. I’ll explain.

In our case, we’ve been Sprint customers for over 10 years. They’ve always had the best-priced plans, and had reasonably strong coverage whenever we’ve needed. I’ll put it this way: we haven’t noticed enough of a degraded experience to pay twice as much for our cell phone plan. So, we liked what we were getting with Sprint, but then we learned that other pay-as-you-go carriers like Boost Mobile and Virgin Mobile use the same towers that Sprint does, but offer data-limited plans for around $35/mo.

I’m not talking about pre-paid phone plans like those from Tracfone. These are the normal mobile phone plans that we’re used to: unlimited talk and text, LTE data and the latest smartphones.

So, we were able to cut our Sprint plans by 30% for virtually the same coverage and service. It also put us on a month-to-month plan rather than a two-year contract. One thing to note is that with the month-to-month carriers, you need to buy your phone outright, there isn’t a 24-month lease like the big players offer, but I found that many of the latest phones were priced slightly below retail, which means that the phone will be cheaper than what you would pay for your new iPhone over the course of the 24-month payment cycle. Also, you own the phone outright, so if you ever needed to replace the phone, you could look for an unlocked phone on Craigslist, swap out the SIM card and you’re ready to rock.

AT&T, Verizon and T-Mobile all have similar month-to-month mobile carriers that leverage those same towers, so you should definitely look into rethinking how you approach your mobile plan, too.

As we come down the home stretch here, we covered a TON today. What a great first episode back! I feel like we made up for some lost time here.

I’ve talked with a lot of people about how we’ve cut the cord, and many people seem interested in making the move and talk about taking action, but they don’t act. They stick with what they’ve always done. I don’t know if it’s because it’s just easier, or if because it feels like such a major shift in their M.O. that it paralyzes them.

But, as the saying goes, if you keep doing what you’ve always done, you’ll keep getting what you’ve always gotten. That’s the precise status quo that we aim to challenge on this podcast. If you’re looking to grab your budget by the horns and make some real, tangible changes, especially if you feel you’ve already cut out a lot of the extra fat, there is almost no, singular way to make as immediate of an impact to your budget than cutting the cord.

Do your due diligence, look into the options that make the most sense for your viewing needs and if you find an option that lets you slash your cable bill, DO IT! Make the switch; speaking from experience, you’ll never look back. 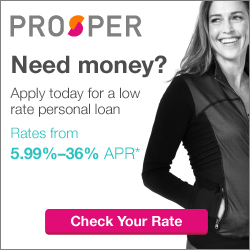 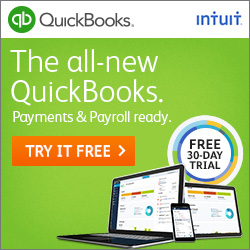